Most recent work (e.g. 1) has focus on the transductive setting, in which the graph is fixed so the goal is to predict label information for unlabelled (not unseen) nodes. If a new node was to be added, the entire embedding would need to be recomputed, making the methods costly for dynamic or dense graphs, as well as making it difficult to train in a mini-batch setting.

Instead of learning individual embeddings for each node, GraphSAGE learns functions that generate the embeddings for a node, which sample and aggregate feature
and topological information from the node’s neighbourhood.

The weights for composing neighbouring embeddings and the parameters of the aggregation function are learned with a usual embedding loss, which pushes nearby nodes to have similar representations in the embedding space and separates distinct nodes. Note that the embedding is generated from neighborhood information rather than training a unique embedding for each node.

The authors propose and compare three aggregator candidates. These must be symmetric: a permutation of the inputs should not change the result, since the “ordering” of a graph is arbitrary. 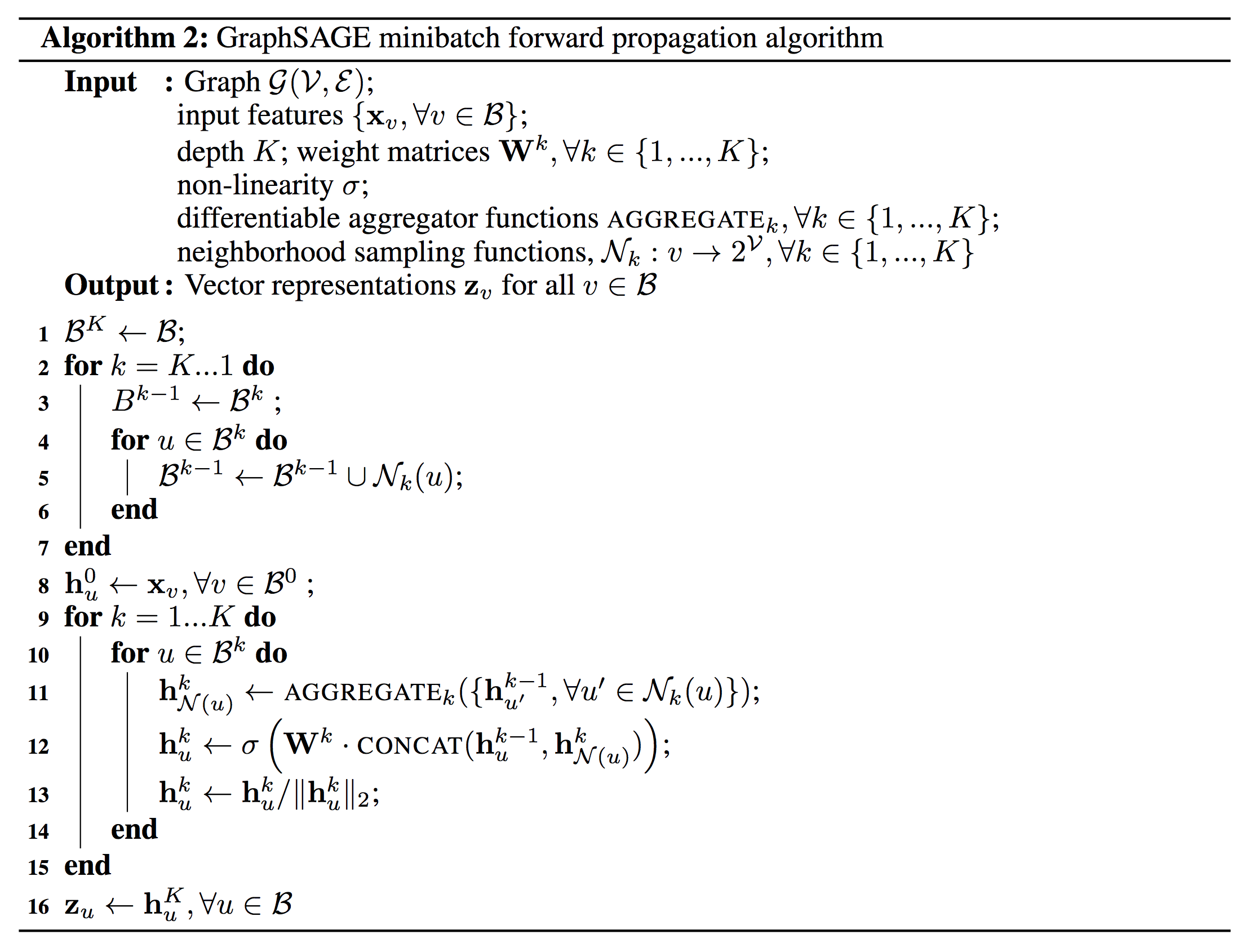 The required nodes are sampled first, so that the mini-batch “sets” (nodes needed to compute the embedding at depth ) are available in the main loop, and everything can be run in parallel.

The authors compare against a random classifier, a logistic regression classifier, DeepWalk 3 as an feature learning method, as well as a concatenation of the node features and DeepWalk-generated embeddings. Several variants of GraphSAGE are also compared, with a depth of and respectively , neighbors sampled at depth . 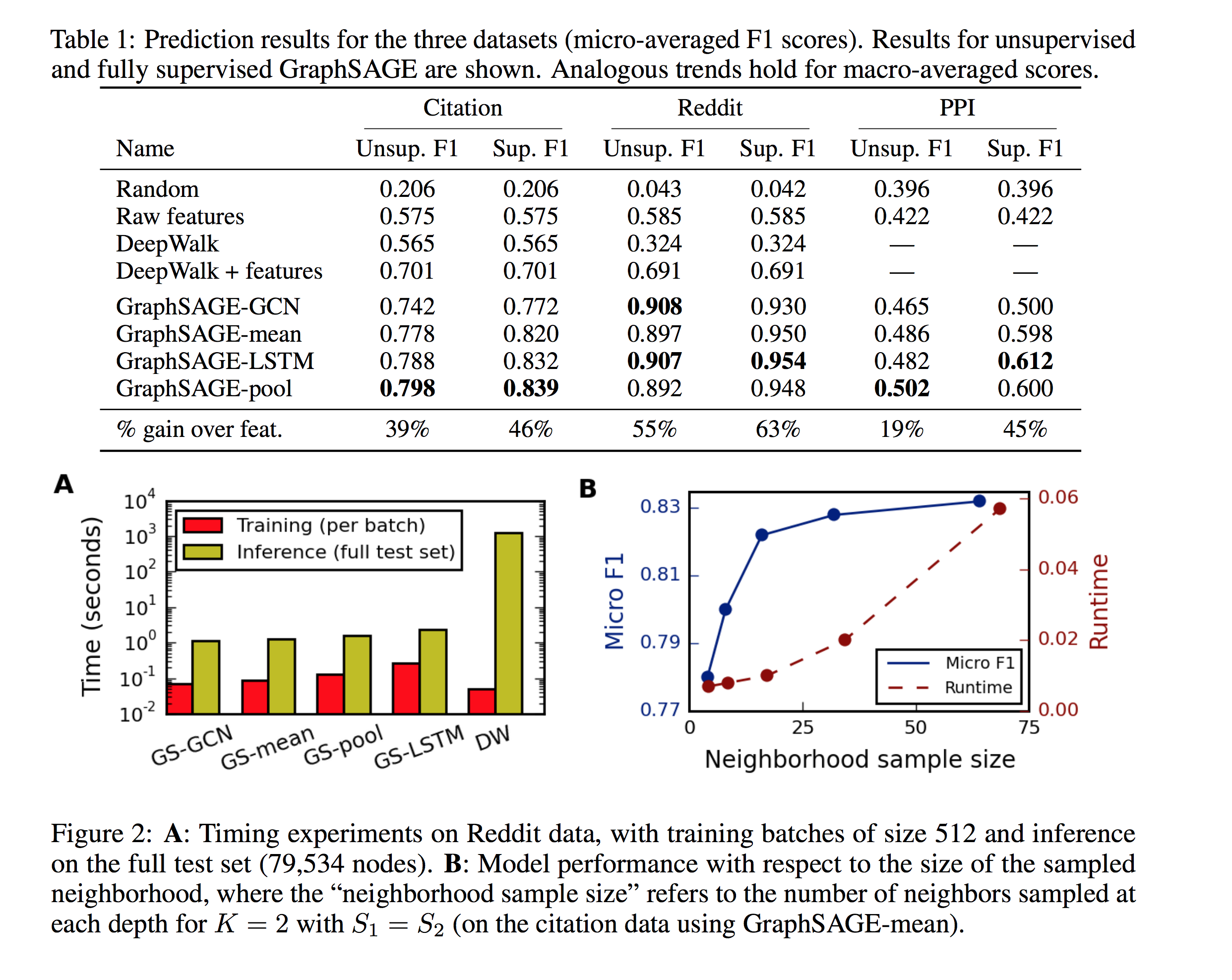