Most of the successes of Deep Learning have come either from Recurrent (RNN) or Convolutional (CNN) forms: they are stable through weight-sharing. Vanilla Neural Networks suffer from training instabilities mainly due to SGD being unstable after a few layers (vanishing or exploding gradients).

Some methods have been proposed, notably batch normalization 1 which brings activations to zero-mean and unit variance, but they are perturbed by stochastic regularisation methods (e.g. dropout 2).

Normalizing activations avoids a bias in the inputs of the following layer.

An activation function is designed along the following requirements:

Derive a mapping between layers that satisfies these requirements. Interestingly the properties are verified through a computer-aided proof. The starting point is mix between Exponential Linear Units (ELUs) and Leaky ReLUs.

Parameters are obtained by finding a fixed point of the mapping function that satisfies the normalization requirements. They propose:

They also derive a parametrised dropout which does not suffer from the same issues as regular dropout as it is designed to preserve zero-mean and unit-variance in the layer’s activations. 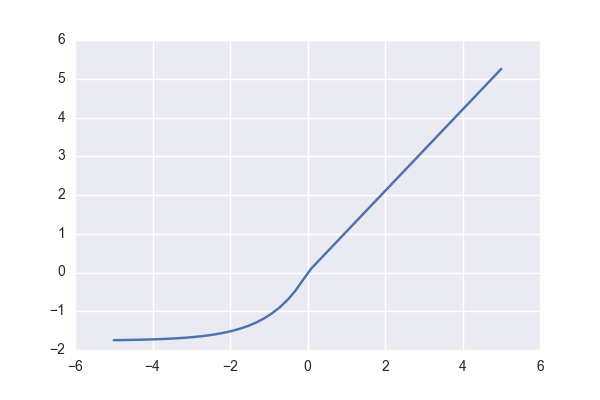 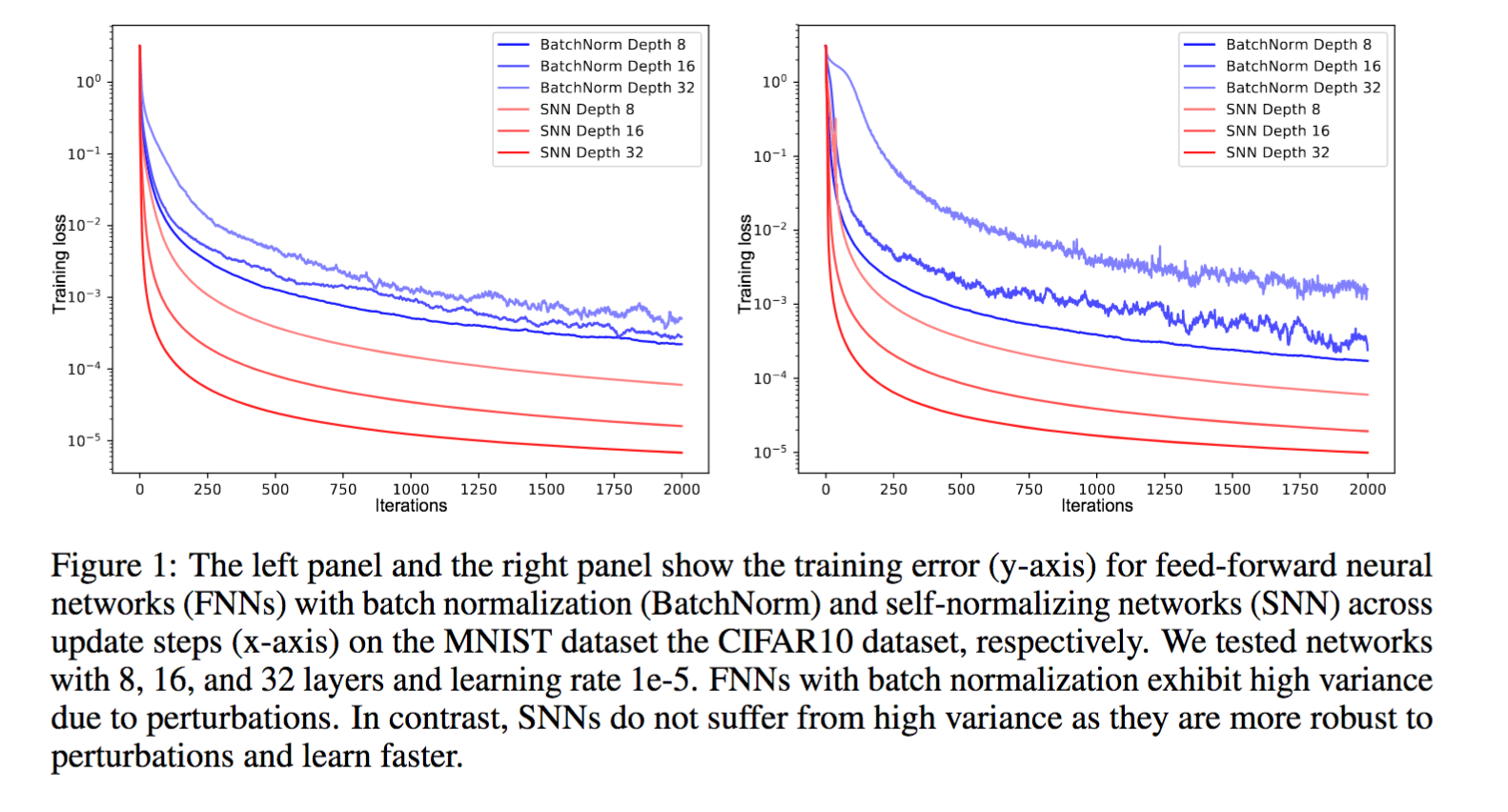