In A Neural Algorithm of Artistic Style [1], published in 2015 by Gatys, Ecker & Bethge, the authors try to address this question using recent advancements in Artificial Neural Networks. They were indeed able to separate content and style, allowing them to apply style to arbitrary content. Their work gave rise to beautiful pieces of work, some apps like deepart.io, Prisma or Pikazo.

So how does this work ? The premise is the following : given an image, we want an algorithm that can transfer the style of a second image onto the first (an example is shown with Starry Night in the picture above, whose style is transferred to a picture of the university of Tubingen in Germany).

When Machine Learning is applied to images, we don’t reason in terms of pure images : for a computer, as for our network, they are just a set of numbers (the pixel values). Of course this means losing a lot of information about the structure of the image : when you see a photo of a cat, you don’t count the individual pixels to recognise a cat. What you do is look for features. These are characteristics of what you are looking at that help you identify it : is it cute ? is it furry ? does it have a nose ? does it have whiskers ? …

Thankfully, researchers have already worked on this problem. A Convolutional Neural Network extracts features from an image. It does so in an abstract manner, looking for lines or shapes. These are the elementary building blocks that you analyse to determine if the thing you’re looking at has a nose or whiskers. 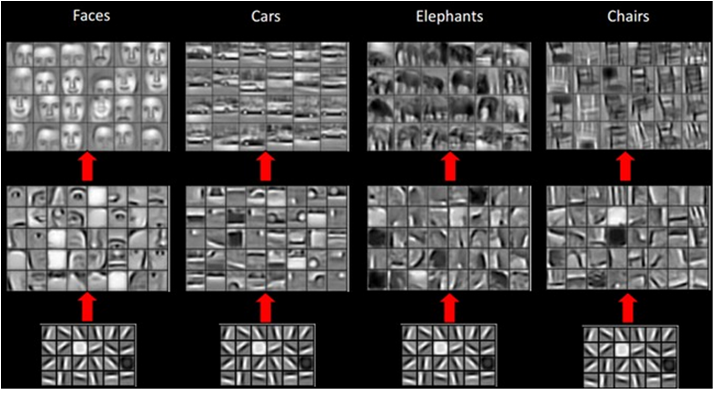 CNNs are a form of Deep Learning network, meaning they have many different layers. At each layer, the representation is a bit different, each level being more or less abstract as shown in the figure above. In this paper they used a pre-existing CNN called VGG-19 developed at Oxford’s Visual Geometry Group [2].

Okay so we’ve got intermediate representations of images, encoding more or less abstract features from it. How does that help us “transfer style”. Well our goal here is to find a way to separate these features into two groups : content and style.

Let’s start with the simpler one : content. As we mentioned earlier, some of the features naturally encode the structure of the image : lines, shapes, … This is our content !

How about style ? Well this is the paper’s main contribution. They defined style as correlations, relatedness, between features. In other words, if you have some feature “blue” and some feature “swirly”, they are highly correlated in Starry Night [3]. Formally this is computed as the Gramian Matrix in the feature space, a common measure of correlation [4].

I’ll leave you with some examples taken from the paper and some cool flower dinosaurs by Chris Rodley [5] : 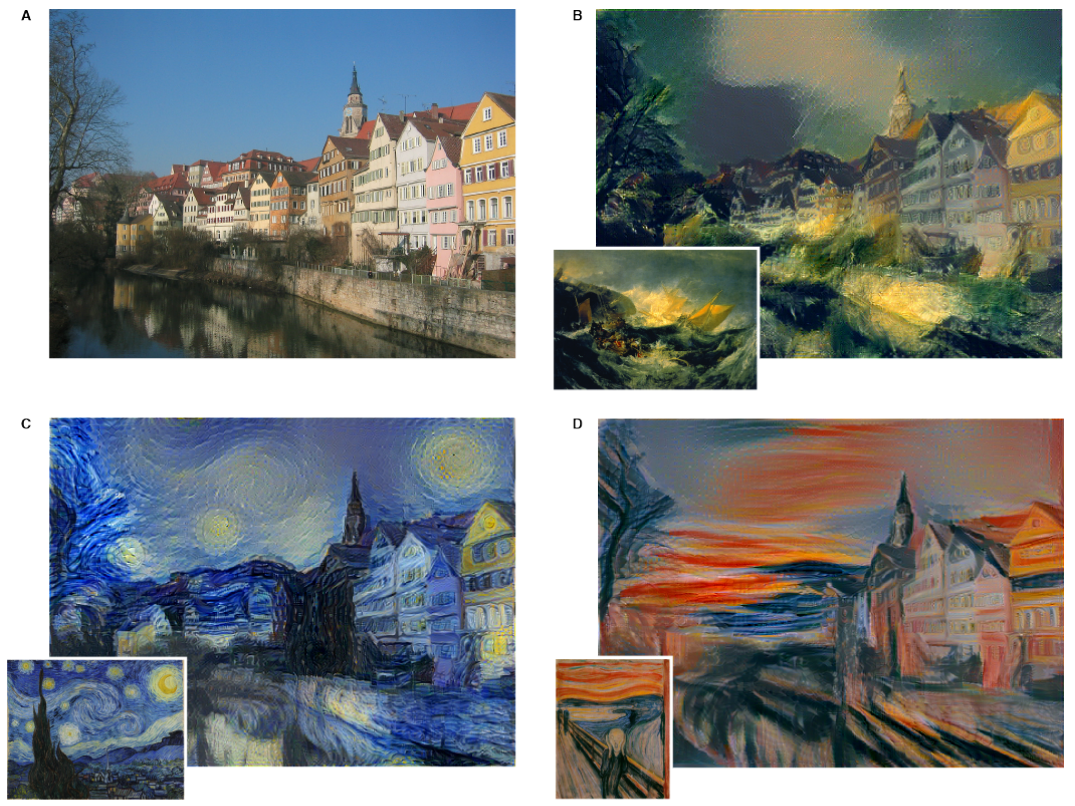